Traffic and Leases Move Up From Pandemic Low

It’s been two months since the initial lockdowns started across the country. This week, we saw a number of other states start to open up, and our industry is showing some positive signs in terms of some leading indicators.

Nationally, the occupancy rate dipped 11 basis points to 92.85% during the seven days ending on May 13 (it was down 139 basis points YoY). However, that was the smallest WoW decline since the start of April.

In the week of May 13, we saw the largest WoW drop in NER – 1.1% – since the pandemic began. And, for the first time since the coronavirus came to the U.S., we saw the YoY comparison dip into negative territory at -0.8%.

What could all this mean?

We could be seeing the first signs of demand stabilization as leading indicators are improving and stabilizing.

The slow but constant gains in traffic and leasing are encouraging and we are making up for the huge deficits we saw when the lockdowns started. Occupancy and leased percentage are, for now, also showing signs of slowing decline.

If this trend continues, operators might not see the need to be as aggressive with concessions and price decreases, thus stabilizing NER. But macroeconomics will play the key role, and for now we are seeing few signs of slowing job loss, which undoubtedly will have a negative impact.

Data from the week of May 13 revealed two other notable takeaways: 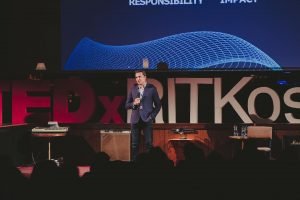 Making sense of life can be often overwhelming in a world that is rapidly changing and taking on new shapes. Your basic values tend to