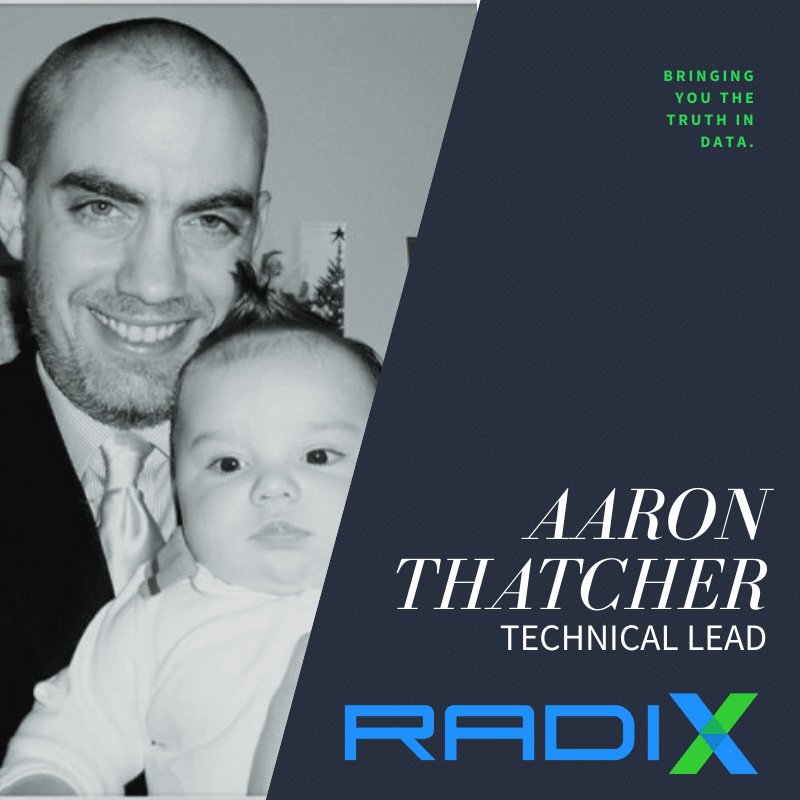 One of the highlights of 2020 for Radix has been the addition of Aaron Thatcher, a talented software engineer with a wide range of experience.

Aaron joined us in February as a technical lead. In this position, he is charged with designing and implementing ongoing improvements to the Radix platform and products. We could not be more excited about having Aaron’s talents on our team.

To help you get to know Aaron better, we recently sat down with him to discuss his career, what excites him about working at Radix and which Childish Gambino tune helps him relax and focus.

Tell us about your career before you joined Radix.

Aaron: I have two master’s degrees – one in applied mathematics, one in systems engineering.

After getting the one in systems engineering, I got hired at Lockheed Martin just outside of Atlanta. There, I did software development for their applications that provide data to the systems engineers to aid in their maintenance and service of the various components of the C-130J aircraft.

Before that, I had thought of myself as a math guy. That was my wheelhouse, but I enjoyed the experience and so I rebranded myself as a software engineer and decided to pursue that path.

I later worked for companies in a number of industries and also eventually moved to the Washington D.C. area. I was there when my wife and I decided we want to come back out west.

We both grew up in Tucson and have family there. We started applying in the Phoenix area, and the first company that actually reached out was Radix, and it was just a great fit from the beginning.

What was it about Radix that excited and appealed to you?

I’ve worked with all different kinds of companies, ranging from big, well-established ones to small startups.

It felt like Radix had already established themselves and had a good hold on the market, but also had a lot more in front of them. I was drawn to the potential influence I could have and the opportunity to take a really big leap in my career.

Now that you’re several months into working for Radix, what do you like most about the job?

Aaron: There’s a good communication line between all of us. I feel like there is a lot of honest feedback, and the challenges of my work have really stretched me and allowed me to grow in new directions.

What do you like to do to relax and unwind away from work?

Aaron: We’re fortunate – we moved into a home that has a swimming pool, so we go swimming just about every day after work. Our son is seven years old now, and he was swimming like a fish within weeks of moving out here. It’s been really fun and enjoyable.

We also like to kick our feet up and watch a movie or a good TV show. Some of our favorite shows are “The Office,” “The Flash,” “The Unbreakable Kimmy Schmidt,” “Schitt’s Creek.” We just finished “Space Force,” which was pretty funny. We’re always on the lookout for something new that’s popping up.

We also like to travel when we get an opportunity.

Aaron: My all-time favorite movie will probably always be “The Empire Strikes Back.” I still remember what it was like to be at the El Dorado Theatre in Tucson 40 years ago now. I was about six years old. The line was triple wrapped around the theater, and it must have been 100 degrees outside. I was with my dad, and I can just remember that it felt like my jaw was on the floor the entire movie. It was just the most incredible experience, and one I’ve never been able to replicate but have always wanted to.

As for music, I’ve bounced around with that. My music tastes have opened up since I’ve been married. Growing up, I listened to a lot of R&B, and then as I got older – into my 20s – I started to revert to a lot of old 80s music. I just love retro 80s music, and I still do to this day.

But we listen to a lot of different music around here. When John Legend has a new song out, it’s always a good listen. I’ve been really into Hans Zimmer’s compositions. I listen to a lot of his soundtracks when I’m working. A couple of my favorites are “Interstellar” and “Inception.” They put me in a really focused state of mind while helping me access my more creative side for better problem solving. John Williams’s classics are some of my favorites. I think working as a software engineer and wanting to listen to music without the distraction of lyrics has played into this shift in my musical preferences. 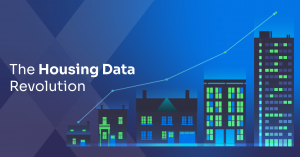 The idea of automation can feel daunting, especially in an industry that has been experiencing unprecedented growth for the past several years. Property management teams lead this charge, notoriously carrying heavy workloads with little time left for planning automation. As markets grow and workloads increase, the pressure to simplify internal processes… 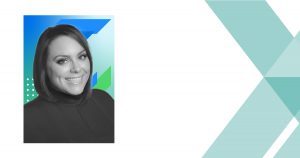 Like many of us at Radix I come from the multifamily apartment industry. Prior to starting in multifamily, I worked on the services side of the industry, offering personal training and group fitness classes to residents. After getting to know one…